It’s all around us. There’s nothing in it or to it and, if left uninterrupted, it goes on forever. That’s why they call it space. You can’t see it of course but if you go straight up until you get past the birds and the blue and arrive at nothing…that’s it. The final frontier.

Space on terra firma has become a rather intimate thing. Everybody has their own space and some folks can get a tad cranky if they feel that you have somehow trespassed on their space. The problem is that it’s not exactly clear to me how far this space extends from the body. A foot, two feet…or is it metric space? Is it like a big round invisible bubble or is it a concise shape cut parallel to my dimensions? Does it follow the contours of my ins and outs (mostly outs these days) or does it plot a random course around my 70 year old celestial body? Do bigger people get more space than little people? If so then I don’t think that’s fair. We’re all created equal (or so I’ve heard) so we should each get the same amount of space. If some people want to fill it up with more of themselves then that’s their business.

So many, many questions…

If it’s a really hot day does my space expand? On a cold day does it shrivel up and become inner-space? When I lie down where does the behind me space go? Does it compress or just sort of squirt out the sides? If I go into a really small room does all of my space fit in there with me or is some of it still outside the door? If I sit in a movie theatre does my space and the space of the guy beside me overlap and intermingle? Actually that’s a rather disgusting thought.

Of course back in the sixties I was in a different space. It was a groovy space. It replaced my neato space of the fifties and paved the path for my polyester space of the seventies. The eighties saw the downsizing of my space due to kids arriving on the scene. It’s amazing how tiny creatures such as newborns can fill up what was once a vast space. But as a new parent I didn’t have any real space to call my own…except in the bathroom. That’s the last bastion of solitude for a dad. Nobody messed with my space when I took it into the bathroom.

That was so long ago. Now they’ve all gone on to their own universes and I have my space back.

It’s funny though…it doesn’t feel the same. The space continuum has been disturbed. Of course there are times when the kids and grandkids come by and play space invaders and that’s fine. Unlike the guy next to me in the theatre these space cadets are welcomed. I also know they’ve booked a return flight. Their mission ends at bedtime. That’s when I can return to my own space. Everybody needs someone in their space but everybody needs a little space to themselves sometimes.

It’s all about balance. 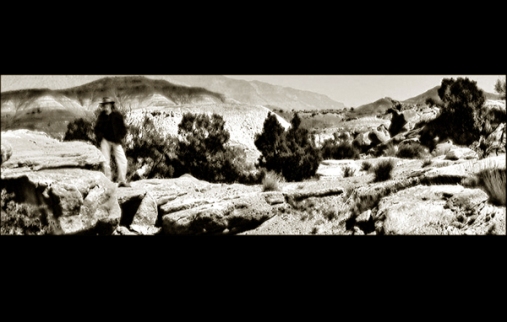