About a year ago I posted a quote from the introduction of a study written by Berton Hernie (a renowned British animal biologist) to one of those ‘intellectual’ anti-wolf pages. I received quite a few responses but surprisingly only one that asked for a link to this study…only one. I suffered a lot of sandbox-caliber names and was criticized for using quotes from someone who doesn’t live in North America (which is a fair comment). “It doesn’t apply…what would a British *** know about the wolves of the west”…you know, the usual rants from the usual list of suspects. One poster informed me that she had read the study and accused me of “cherry-picking” the “pretty line” that suited my argument (again, fair enough). I had a comment from the moderator of another anti-wolf page suggesting that Mr. Hernie’s research applied only to the wolves of Europe and if I’d read the full study I would have known that. In fact I ended up with seventeen comments in the hour before my post mysteriously vanished. Seems someone finally realized that there is no such person as Berton Hernie and if you say his name over and over you’ll realize to whom I was referring.

All I was trying to do was make the point that some folks are more eager to argue about something they know nothing about than to think. I honestly didn’t believe anybody would fall for it but I was wrong. I didn’t do it to embarrass anyone although I’m not about to apologize to any of those people that took the bait (especially the two that actually “read” the study).

By the way here’s the quote I used (taken from the ‘introduction’ of Mr. Hernie’s ‘paper’): “To fully appreciate its value one must only venture into the backyard of the wolf. There you’ll find a garden of beauty, harmony, and balance. Scientific terms fail to describe the splendor of nature untarnished. That task might best be left in the hands of the poet unfettered by prejudice and with open eyes, heart, and mind.”

This goes back to my previous post about research. I stated that without doing my research for a scene set in Edmonton, Alberta, anyone residing there could have taken me to task for my lack of knowledge of the city even though I’d lived there most of my life. My “Hernie” comment prompted only one person out of seventeen to research what I had quoted but sure as shooting she would have been the one to pick up my book.

As writers of fiction we actually need people that will pull apart what we’ve written. They keep us honest and on our toes. Another quote from Berton Hernie: “It isn’t what the writer puts into the words; it’s what the reader takes out of them.” 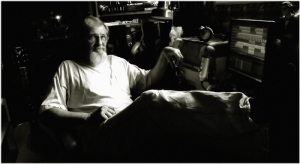